Where to get help

If you are in immediate danger, phone the police on Triple Zero (000).

For help and advice: The Women’s Safety and Justice Taskforce was chaired by the former President of the Queensland Court of Appeal, the Honourable Margaret McMurdo AC.

Margaret McMurdo was admitted as a barrister of the Supreme Court of Queensland in 1976 and practised until 1991. During this time, she worked in the Public Defender’s Office from 1976 to 1989, including as an assistant public defender from 1978 until 1989.

Margaret was founding committee member (1978–1982) and president (1980–81) of the Women Lawyers Association of Queensland. Her Honour is a founding fellow of the Australian Academy of Law.

In 2001 Justice McMurdo was awarded the Centenary Medal and later appointed a Companion of the Order of Australia (2007) for service to the law and judicial administration in Queensland, particularly in the areas of legal education and women's issues. In 2006 her Honour was presented the Agnes McWhinney Award for outstanding professional contribution by a woman lawyer.

The Hon Margaret McMurdo AC retired as President of the Court of Appeal on 26 March 2017. Margaret has served as Chair of the Legal Aid Board of Queensland since May 2017. Between December 2018 and November 2020 Margaret was Commissioner of the Royal Commission into the Management of Police Informants in Victoria.

Members of the Women’s Safety and Justice Taskforce include: 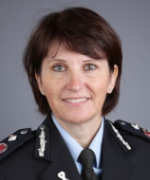 Tracy has over 36 years’ policing experience in both Victoria and Queensland.  During her 31 years in Victoria Police, she worked on state-wide projects that have impacted significantly the way Victoria Police operates today.  Highlights include - the introduction of a Police Intelligence Model, and implementation of the Major Crime Management Model, which was brought about following a series of gangland murders.

Tracy performs key governance roles on Boards and Committees including the QPS Board of Management and the People Committee. She chairs the Senior Women’s Collective, is a representative on the Australia-New Zealand Counter-Terrorism Committee, Australian Centre to Counter Child Exploitation, Australian Transnational, Serious and Organised Crime Committee, and the National Criminal Intelligence System Committee. Tracy also represents the QPS on several intergovernmental committees.

She holds a Bachelor of Business Management Degree and an Executive Masters in Public Administration.  She is a graduate of the Leadership Victoria Program, the Leadership in Counter Terrorism Program, ANZSOG Executive Fellows Program, and has completed the Australian Institute of Company Directors Course. She was awarded an Australian Police Medal in 2014. Laura Reece worked as an Associate to a judge of the District Court of Queensland in 1996 and 2004 and commenced practice with Legal Aid Queensland in 2005. She was called to the Bar in 2006 and worked for almost ten years as an in-house barrister before commencing private practice in 2017. She has appeared for defendants in criminal courts all over Queensland, including travelling to regional and remote communities. Those experiences, particularly in Central and Far North Queensland, have exposed her to many of the issues of contemporary Indigenous justice, both for defendants and complainants.

Laura is an experienced trial and appellate advocate. She has a keen interest in anti-discrimination and sexual harassment law and has significant experience in mental health law. Having come to the law as a means to pursue her commitment to social justice, she has a career-long involvement in policy work and law reform. Laura is a member of the Criminal Law and Human Rights committees of the Bar Association. In that capacity she has drafted or contributed to submissions on most of the major issues in criminal law reform over the past decade. Di has worked in the area of gender-based violence for over 40 years as a care provider, counsellor, refuge worker, advocate, educator and service manager in New Zealand and Australia. She initiated the Gold Coast Domestic Violence Action Group and was instrumental in securing the funding for and the development of the Gold Coast Domestic Violence Service and Macleod Women’s Refuge, which is named after her.

Di developed the inaugural Sexual Violence Awareness Month Campaign on the Gold Coast. This is now a formal Queensland wide event observed every October. In 2019, Di brought the global Start by Believing Campaign to Australia which is gaining traction as a public awareness campaign and as well as a focus for education in health and justice. Gillian O’Brien is the Manager of WWILD Sexual Violence Prevention Association, an organisation which supports people with intellectual or learning disabilities who have experienced sexual violence or other forms of crime or exploitation. Ms O’Brien spent nine years as a Victims of Crime Support Worker in the WWILD Disability Training Program - Victims of Crime, providing direct support to survivors of sexual and domestic violence, delivering community education and training to police and community on supporting people with disability who have experienced crime, and supporting women with disability in engaging in systemic advocacy, before being appointed Acting Manager of WWILD in 2019. Ms O’Brien holds a Masters of Social Work Studies from the University of Queensland. 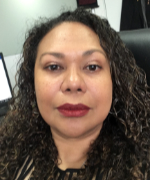 Thelma has experience in the intersection of justice responses and Aboriginal and Torres Strait Islander experiences, recently appearing as a witness before the Royal Commission into Violence, Abuse, Neglect and Exploitation of People with Disability in relation to the experiences of First Nations People with Disability and their families in contact with the Child Protection Systems as well as before the Commonwealth Standing Committee on Social Policy and Legal Affairs, Inquiry into Family, Domestic and Sexual Violence. Patrick O’Leary has worked in the area of gendered violence as social worker and now researcher for over 25 years. Since 2004, Professor O’Leary has held numerous senior posts at universities in Australia and the United Kingdom. Currently he is Director of Violence Research and Prevention Program (VRPP) and member of the Executive Leadership and Research Committee in the Griffith Criminology Institute. The VRPP includes a team of more than 30 researchers and also operates the bystander intervention project, MATE.

Professor O’Leary was commissioned as an Expert Academic Advisor to the Royal Commission into Institutional Responses to Child Sexual Abuse and has served as a Senior Research Fellow with UNICEF’s Office for Research. Currently he serves as Chair of Changing Attitudes and Behaviour Working Party for Safe Campuses at Griffith University. Kelly-ann was previously the Manager of the Brisbane Domestic Violence Service where she advocated for social change and systemic reform in response to domestic and family violence. Kelly-ann has led the Brisbane Regional Specialist Domestic Violence Service and supported its 60+ staff across ten programs to use best practice, evidence based and woman-informed frameworks in supporting women and children to be free from violence and abuse. Kelly-ann’s career spans over 12 years here in Queensland within the not for profit sector, including working for the Domestic Violence Prevention Centre on the Gold Coast as the Counselling Manager and GCDVIR Coordinator.

Prior to emigrating from the UK, Ms Tansley studied in Cambridge at the APU graduating with a First Class Honours degree in Psychosocial Studies majoring in Psychology. Kelly-ann is currently undertaking studies at UNSW AGSM in Masters of Business Administration in Social Impact.

She is also a Management Committee Member of Ending Violence Against Women Queensland and a member of the Queensland Domestic Violence Service Network. 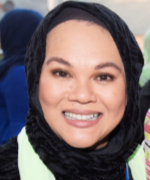 Nora Amath is a sociologist and community developer whose research focuses on multiculturalism, social inclusion, diversity, leadership and community development. She is the author of The Phenomenology of Community Activism and her writings have also appeared in several edited volumes and journals. She is an adjunct Research Fellow at Griffith University and also works at the Islamic Women’s Association of Australia as the National Manager of Refugee Settlement and the CAMS Statewide Coordinator, a role focused on the prevention of DFV in CALD communities. She is also a co-founder of Sakina Refuge, a short-term accommodation for CALD women and children experiencing DFV.

Nora is chair of the board of Islamic Relief Australia. She has strong connections to the community across a number of areas, including youth, women’s and multi-faith groups, and is a member of the Minister’s Queensland Multicultural Advisory Council and the Culturally and Linguistically Diverse Domestic, Family and Sexual Violence Prevention Roundtable.  In 2006, she was the Australian Muslim Woman of the Year. Philip McCarthy is the Deputy Director of Public Prosecutions.  Called to the Bar in 1997 and appointed as Queen’s Counsel in 2019, Phillip has extensive experience in criminal law.  His work in the prosecution of complex and sensitive matters includes homicide, sexual crime, and other crimes of violence.  Phillip holds academic qualifications in Law and Science and is currently a member of the Queensland Sentencing Advisory Council. 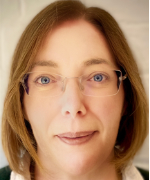 Alexis practised as a solicitor in Bundaberg, Maroochydore and Mount Isa in family law and criminal law, in both private practice and at Legal Aid Queensland collectively for a period of 8 years, before taking up the position of Principal Lawyer, Legal Aid Queensland (Ipswich) in 2010.

As Principal Lawyer, Alexis manages a team of family, criminal and civil law lawyers and practices in the areas of criminal and domestic and family violence. Alexis engages in local community and stakeholder events in the area of domestic and family violence.  Alexis is currently a member of the Queensland Law Society and the Ipswich District Law Association.